Trials and Tribulations of Traveling 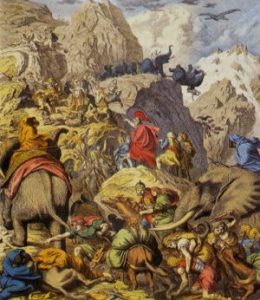 The word travel dates back to around 1300 and comes from travailen “to make a journey,” originally “to toil, labor” (travail). Etymology Dictionaries say that the semantic development could reflect the hardships of going anywhere in the Middle Ages. Interesting to think that for centuries travel has been and still is difficult. Although the challenges that arise today aren’t those we would have experienced during the middle ages, they are still bumps up a hill that make some people angry at the climb.

It’s a fantasy if people leave their house the day of a flight and think that nothing could possibly go wrong. Because, well, lots of things can go wrong: security, delayed flights, canceled flights, sitting on a runway for more than an hour, mechanical issues, deboard to then reboard, luggage doesn’t fit in the overhead, no bloody mary mix…I can go on…Not getting the seat you want, not sitting with your traveling companions, bad breath of the stranger next to you, no room, you forget your iPod, or after you get to your destination your luggage doesn’t arrive, you left your iPod or book on the plane, the toilets are clogged, the taxi line is long, oh my gosh I could go on and on. And with all of that don’t you think that people would know that all of the aforementioned is really no big deal when compared to traveling by horse.

Think about if for a moment – if your horse has a mechanical issue (limbs aren’t working, etc) could you easily get a veterinarian from a neighboring town or another horse? Most likely you’d have to wait for days. And let’s say you do get off onto the path, but the horse sprains its leg in the middle of nowhere – what do you do? You don’t have a cell phone. And all the accessories we have: iPods, iPads, Kindles, etc, are tucked neatly in a pouch in the seat infront of us, not on the butt of a horse where things could easily fall off.  We get to sit on a cushioned seat instead of a saddle; we can sip a beverage instead of reaching for a water container.

I wonder if I were to greet a traveler from the middle ages at his/her destination, would he/she complain about the natural elements or the wildlife they had to kill while sleeping – – I’m going to go with probably not. Why? Because wouldn’t that be what one would expect when setting out on a journey through the mountains.

Okay – so what does all this have to do with anything? I went to Palm Springs for a wedding last Thursday and didn’t get back to NYC when I had planned because of a delay. The delay was that a mechanic forgot to sign off on something. So I got into Chicago at 11 at night. They put me up in a hotel. Then I took a flight out the next morning to NY. I’ve had other experiences like this one. The last time I came back from Madrid I was to connect in Newark to go to D.C. All the flights from Newark to D.C. were canceled. So I took a train from Newark to D.C. I’m sure many of you have similar stories – but what I’m more interested in is how people react to the challenge.

Even the next morning when I got to O’Hare I walked up to the long security line to hear an agent tell us we needed to walk back to security check number 9. The guy in front of me (had to have been in his late forties) threw a mini temper tantrum. Walk back?  He said, Why the hell do we have to walk back? But you do as you’re told. So we walked back to number 9. As we approached the security checkpoint there was absolutely no line. He turned to me and said, I guess I overreacted.

Traveling has always been something I’ve loved. Ever since I was younger it was something I looked forward to doing. And when I was younger I didn’t know there were any challenges to getting to where my family was going. I would yell and scream only if I was told I couldn’t do something I wanted to do. I’m sure most people were like this when they were children, but the older people get the more childlike tantrums they throw – but not because someone is saying no you can’t, but because someone is saying you can, but in a different way then you planned.

Louis CK has a great segment on Conan O’Brien about travel. In a nutshell he makes fun of everyone for complaining about the frustrations of travel when they should be grateful that flying exists in the first place. I agree that we should all be grateful that we don’t have to travel by horse, but I also think there’s more to it than that.

I wrote a post a while ago about taking time. Taking time to make food, spend away from a computer, enjoy the day and I think traveling falls into this in some respect. If people allow themselves the time to be flexible in their routines then maybe flying would become what it really is, a luxury.