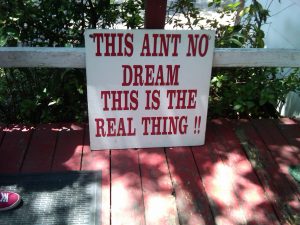 It’s almost a New Year, which means it’s time for some of us to reflect on the past and make resolutions for the future. I’m not sure how many out there are similar, but yearly I make lists of what I’d like to accomplish for the New Year. My lists aren’t exhaustive, maybe only a handful, and some of the items have been on my list for years.

The point of setting goals is to reach them. So while I create these lists, I make sure that what I write down I know I can achieve. I’ve found that lofty goals don’t really work out too well, and I’ve set some pretty large goals over the years, and feel horribly let down if I don’t accomplish them. But what I’ve learned about these bigger dreams is that it’s not that they’re unattainable, it’s just that it might take longer than a year to accomplish them.

So I have the list for the year, and another for two to three years out. I started making lists because it helped me to focus my thoughts, and the act of putting something down on paper, for me at least, means it’s out there in the world. Lists don’t work for everyone; they can cause anxiety. And if you’re adverse to making a list it doesn’t mean you shouldn’t seek out other ways to incorporate change into your life for the upcoming year.

Many people use visualization to help them achieve their goals. Instead of writing it down, they take the time to see what accomplishing the act will feel like, or seeing themselves actually doing whatever it is in their mind.

It’s not about how you make your resolutions, but more about being in tune with what you aspire to. Imagine what it would be like if you didn’t give any thought to the upcoming year? If you didn’t ask yourself thought provoking questions that make you dig deep and visualize how you want to better yourself and the world you live in. Even if thinking about it is all you do, you’ve already done something. Being attentive to what it is you desire is what’s most important.

The way I see it, even if you don’t accomplish what you’ve set out to do this year, you’ve already achieved something greater: You’ve stepped back and reflected on the person you’ve been and the person you want to become.