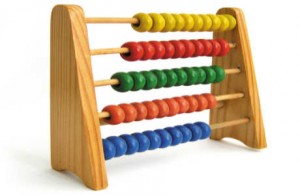 What are you worth?

One of the issues I’m trying to work through at the moment is this feeling of being invisible. I know that sounds kind of strange, right. Obviously I’m not invisible because people can see, hear and respond to me, but it’s more a feeling that in life I let my beliefs waver in the face of others.

I know many women who in their working lives are respected, find it easy to say what they want, and are secure with themselves, but when it comes to personal matters they’re the opposite. And I know women who are secure in their personal lives, but aren’t in their career. How can we be bold in one thing and not in another?

On your own, it may be easy to know what your worth. You are a good person, smart, unique, funny and the list goes on. And all of these wonderful traits add up to a total value.  Knowing all those things – why is it so difficult to keep perspective when other people’s opinions are involved? Why if you know you’re good at something and then someone questions it, do you begin to question it? Why if you know you have a lot to offer someone and they don’t think so, you don’t think so.

So why the talk about what you’re worth? If I don’t know my value then it’s easy for me to be taken advantage of because the weight of another opinion is more than my own. If I’m constantly saying one thing and someone is saying the opposite then instead of fighting for what I think is right (because maybe I don’t value my opinion)- I stop talking and let the other person win. Not the best quality. If I know I’m good at what I do and I believe I deserve a raise, what does it do to me if I don’t get a raise. It makes me question myself. What if I’m with someone for three years and think they’re the love of my life and then they break my heart – is my first reaction well I must have don’t something wrong?

It’s easy to say, well, assert yourself. Stand up for what you believe in. But the problem with those phrases is that when other people are involved maybe you aren’t so sure of yourself to be able to do either.

Well, finally, I feel I’ve reached a point where I’m sick of this feeling. I’m annoyed at letting other people make me feel less than. Disgusted that I’ve let other people take so much power away from me all because I haven’t been able to stand my ground.

I’ve had my tarot cards read twice, and although the gap between the readings was a couple years, the same outcome was predicted. At the end of each reading I was asked to pull one card out of the deck. The card symbolizes how you are supposed to go through life.  Both times I pulled the same card. The card said to move forward fearlessly. It’s taken me a while, but I know that what my biggest fear was a couple years ago is no longer what it is today. Today my biggest fear is going through life without asserting myself and letting others dictate what I want and feel.

Today I’ve decided that it’s time. I’ve come to the conclusion that what I feel and think is the most important. This doesn’t mean that I’m going to become a selfish bxxxx, but it does mean that I have to be more attentive to my beliefs than to others. Now, how I’m going to do this is another story 🙂

Feeling Invisible, Move Forward Fearlessly, What You're Worth