How to Turn New York into Madrid 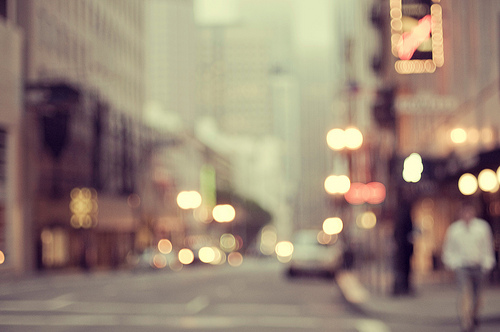 I’ve finally gotten around to starting a blog of my own!

Over the next four months the goal of the blog is to figure out a way to make New York like Madrid. Okay, I know this sounds strange, but it’s something I’ve been thinking about for a while now.

Over the last couple years I’ve been splitting my time between Madrid and New York. I left New York for Madrid in the summer of August 2007 because I needed a change. I had been living in the city ever since graduating college in 2002, and was feeling all this pressure to “be something.” Pretty much, New York had gotten me down. The city  where “anything could happen,” soon became the city where nothing could happen. I started to see people not as unique individuals but as people trying to “be like” something, or someone. Everyone was running around “trying” to do the same thing, and all that mattered was what you did, who you did it for, and who you knew.

After getting my Masters I decided that was it. I had studied in Madrid in undergrad and fell in love with the history, culture, people, lifestyle, and language. I had always wanted to go back and live in the country, and what did I have to lose. I owned only a sofa, wasn’t married, or had any kids. So I went on Craigslist, found an apartment, and on the 1st of August 2007 left New York.

What I’ve found in Madrid is something I don’t think I could ever have found in New York. The pressure’s off! My life there is simple, easy, and all around lovely. Most of my time is spent in cafes, with friends, eating, drinking, and meeting new people. Of course I still work, but it’s no longer who I am or what defines me.

I think that’s enough blabbering for my first entry. But the idea is this.  I just got back to New York a couple days ago. In the four months that I’m here, I want to find ways to make my life in New York more like my life in Madrid. I need to do this because if I don’t, I’ll go crazy.

Okay – one question you might be asking is, well, why don’t you just stay in Madrid and not come back to New York…That’s a good question. And one that I’m struggling with at this very moment. Right now I split my time because of my family and friends. But I figure if I can find a way to live in New York and it give me the same peace and quality of life that I have in Madrid, then maybe one day I’ll be back here because I truly want to.

So I have four months to turn “my” New York into “my” Madrid…And it starts now!

be in two places at one time, Difference between Madrid and New York, How to live abroad, How to live in two different countries, How to make a place like another place, How to split your time in two different countries, How to Turn New York into Madrid, Life in Madrid, Life in New York, Living in two places, Madrid, New York, New York and Madrid, Problems with living abroad, Sense of Home, transitions, two places, Where is Home