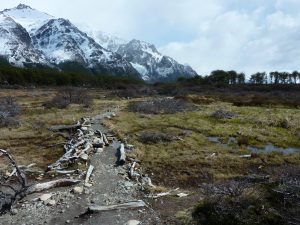 When I was writing the hiking guide to Madrid, I would go out into the mountains alone. By myself I would walk and walk until I reached my destination, which was normally a peak, or a lookout point. My biggest fear each time I went out was that I would get lost. I would take a wrong turn. Alone in the mountains, I was vulnerable.

While hiking, there were times that I didn’t know if I followed this way or that if I would end up in the town I needed to be in, or if I would reach the right peak. I didn’t know, but I tried anyway.

I was lost, and the more I tried to fix it the more anxious I became. The more I thought about where I wasn’t, the more I feared where I was. There would come a point where I would stop and look up at the sky.  I’m lost, I would scream to the universe. I don’t know what I expected to happen, maybe I thought a butterfly would lead me home, but all that ever did happen was me dropping my pack, throwing a temper tantrum and screaming, “okay, I give in. I give in. Now what?”

When I gave in, it was somehow okay that I didn’t know where I was or what I was doing. And when I stopped fearing the path I was walking on was the wrong one, it seemed to suddenly become the right one.

Here’s to being lost!