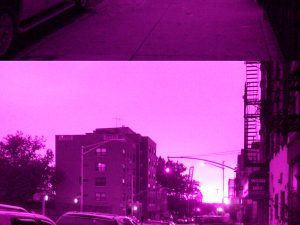 Remember being young and coming home week after week with tons of artwork in hand? So many drawings and paintings that if your parents wanted to hang them all up they’d have to dedicate an entire room to them? Now, can you pinpoint when the drawing stopped? When the verbal mind took over and the visual mind became less and less a part of education. We might not be able to remember the exact date this occurred, but the fact is that over the years text has become more important than visuals to communicate, well, anything.

If I were to ask how many people draw on a daily basis to express a concept or to communicate with others I’m sure the show of hands would be slim. And of course it makes sense because we’re taught that the verbal mind is more powerful than the visual mind. The verbal mind is focused, analytical and practical while the visual mind is flighty, unsystematic, and unrealistic. Well, I along with Dan Roam, believe otherwise. Dan Roam is the author of The Back of the Napkin, Blah-Blah-Blah, and other titles – and what he suggests is that to solve problems and to communicate more effectively having a balance between the verbal and visual mind is what we should strive for. There comes a point where the written word can only take you so far and you need to express what you’re feeling, thinking, through other forms.

From reading his books I’ve been able to see how getting back to what some may call child’s play can help teach and communicate harder topics with ease. Roam describes the verbal mind as a fox and the visual mind as a hummingbird – the whole point, is to have a balance of both; however, we’ve been out of touch with our hummingbird for so long that training might be necessary.

The other night I was listening to NPR and there was a very smart scientist on the show talking to Ira Glass about global warming. I sat there with my pen and paper and started to draw what the smart scientist was saying. Was it a piece to be hung in MOMA, no – but it had the earth with an arrow pointing toward the sun, showing that it gets warmer, and then an arrow pointing away from the sun, showing it gets colder. Yes, I could understand, somewhat, what the smart scientist was saying, but when I put it into a visual it was much easier to digest, really getting to the guts of the point instead of trying to understand all the words.

I’ve started doing exercises like this to train my inner hummingbird, to get her singing again and I’ve noticed it’s also changed the way I speak. Whereas before I may not have used a concrete / visual example to describe a situation, now I’ve found that by doing so I don’t have to repeat what I’m saying to others as often.

Try it out: Find a book on your shelf. Open to any page. Pick a paragraph. Try to draw what the paragraph is saying. Can you feel your mind working differently? Then ask someone to read the paragraph and tell you if it makes sense. Then have them look at the visual representation. Which communicates more effectively? Does expressing the paragraph visually make the concept easier to understand and more interesting?

As an editor of computer books, showing through a visual rather than telling through text has made what once were dense and difficult topics to teach much easier not only to contextualize but also to remember. Areas where you can use the visual and verbal mind together are endless, assuming you have the elements you need. You can try it

– When expressing a difficult / abstract concept.

– When thinking about a process, system, or architecture.

– When comparing one thing to another.

If we look at a problem or concept using all of our brainpower, we might be able to come up with a better, easier, solution than if we only used one side of our brain.