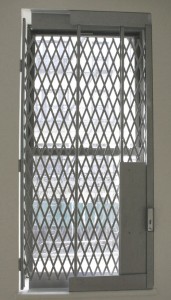 After a long hiatus things are back on track and we’re rolling again. New website is up, which I’m really excited about – and I’m back in New York!

Opened the door to my apartment, which has had a friend of a friend living in it, to see a guy I didn’t know sitting on my couch. The guy though was not the guy renting the place while I was gone. Never seen this person before in my life. He told me he was a friend of L’s.  Crashed last night and was helping to clean up. After adjusting to the new smell of my place – construction site / cigarettes / cleaning products – we talked a bit about Italy / Spain. I showed him world cup footage I took on my phone. You should come by the restaurant sometime.  He grabbed a couple trash bags and left.

I looked around at the dump that was now my place. Dirty floors / shower mildewed / toilet, well, I won’t go into details. First instinct was to open my window. I walked around my luggage / table / another table, and reached for the key . Quick detour – I’ve been living in an apartment that has not been touched up since the 1960s. There’s a gate on my window to keep the then vandals out. My shower is in my kitchen. And my bedroom, well, some might call it a cave. I reached for the key but it wasn’t there. I looked on the floor, under the radiator – not there. I lifted my trunk – not there. I e-mailed L. Hey, do you know where the key is for the window. Response: That window opens? I didn’t think it opened. There was no key there when I was there.

I put my blackberry calmly down on the table. At least now I knew why my apartment smelled. They’ve been hotboxing in my place for four months with Marlboro Reds. DISGUSTED. Okay, so the only window that opens is locked, and the key is nowhere to be found. First thought – pick the lock. After ten minutes, I realized that was a dumb idea. I have no idea how to pick a lock. Second thought – pliers / wrench. After ten minutes of twisting/yanking/using my body weight to move the metal – where if any one of my neighbors were watching were most likely thinking I was trying to break out of my apartment /  I finally broke the lock. SUCCESS.

Fresh air is wonderful. I leaned out my window, said hello to New York,  and it started to rain.