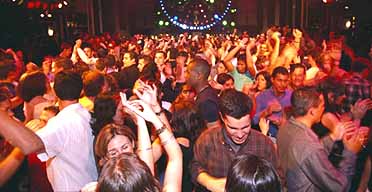 I flew back to Madrid last Monday and all I could think about was red wine, olives, and coffee. Ah, Madrid – it’s this wonderful city that when you’re here feels like it’s the only place in the world that exists. Life outside it’s borders disappears, and all that matters is today, now.

Coming from a three month stay in New York it’s taking some time to get back into waiting in line for an hour at the bank, or stocking up on food before the supermarkets close on Sundays,  and dodging people walking in the street. But one easy thing to fall back into was relaxing at cafes with friends, drinking red wine, nibbling on olives, and enjoying everything.

Last night I went to a party that my friend L threw at a bar around the corner from my apartment. It was packed with up and coming screenwriters, journalists, and producers. It was pegged as a networking event. Normally networking events in New York take place at a gallery or a book signing, last until around 9 p.m. and you leave with a bunch of cards in hand. But here – well, the event started at midnight and lasted till 4 a.m. Meeting people while dancing was definitely much more relaxing than standing in a corner with a small cup of wine, having someone point out who so-and-so is, and then making an introduction. It seemed quite natural to be talking about projects and how to collaborate while spilling beer on the other person, or taking a break from dancing to give out your phone number. Business cards? No … old school phone number exchange.

So I’m slowly getting back into the rhythm of life here … Oh, how I’ve missed it.